“I am the punishment of God.
If you had not committed sins,
God would not have sent me to punish you. ” 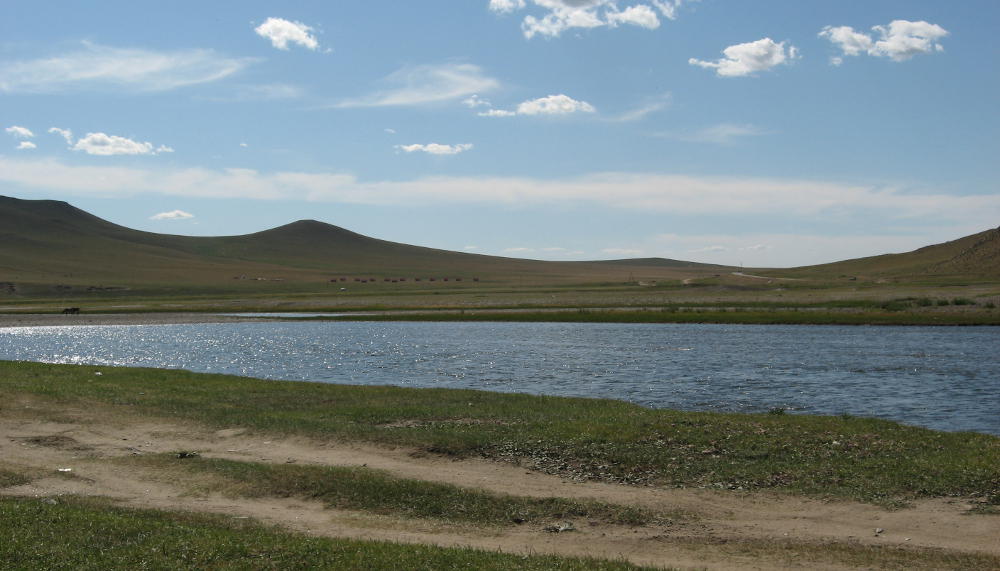 Mongolia is as large as Portugal, Spain, France, Switzerland, Austria and Italy combined, but does not reach 3 million inhabitants.
Of these, around 40% live in the capital Ulaan Baatar.

This is enough to understand that Mongolia is almost uninhabited and one can appreciate its essence by spending a few days in the infinity of the steppe, sleeping in the warmth of a ger, surrounded by silence and uncontaminated nature.

The Chinggis Khaan International Airport (this is the Gengis Khan‘s Mongol pronunciation) of Ulaan Baatar is mainly connected with Moscow, Beijing, Seoul, Tokyo and Hong Kong.

A traveler knows Mongolia mainly thanks to the Trans-Siberian Train.
This train, when from Siberia runs to Beijing, crosses Mongolia, calling itself Transmongolic Train.

It would be a great mistake to consider Mongolia only a nation connecting Russia and China. It certainly deserves a break of a few days to regenerate itself in its infinite and uninhabited natural spaces.

From Russia to Ulaan Baatar

The train leaves the Russian station of Naushki (Наушки) after replacing the locomotive and leaving some wagons in Russia.

Train arrives in Sukhbaatar the frontier town that marks the beginning of Mongolia.
The name is dedicated to the hero (“baatar”) Damdin Sukh, a Mongol nationalist partisan who formed the revolutionary army and with the help of the Soviet communists defeated the Chinese, giving life to the People’s Republic of Mongolia in 1921.

The train runs in the green meadows until the first ger appear from the windows and you arrive at the capital station.

From China to Ulaan Baatar

In the Chinese station of Erlian he train enters a huge building site.
The gauge of the Russian and Mongolian tracks, a legacy of the Soviet Union, is different from all the others, so small lifting cranes lift the train completely off the ground, allowing the mechanics to adjust the measurements.
More than 2 hours are needed before the train leaves for the small station of Zamin Uud, the border of Mongolia.
After passport control, the race resumes until the Gobi Desert.
Here the wagons are quickly filled with sand, dust and earth, making it difficult even to breathe.

After a few kilometers in the steppe, many ger start appearing, warning of the imminent arrival in the capital Ulaan Baatar.

WHAT TO SEE IN MONGOLIA

About 40% of the 3 million inhabitants of Mongolia live in the capital.
Ulaan Baatar, capital of Mongolia.

Sukhbaatar Square is the center of the city. Among the skyscrapers and the parliament building is the statue in honor of the hero (in Mongolian “baatar”) Damdin Sukh, a Mongol nationalist partisan who defeated the Chinese with his revolutionary army and the help of the Soviet communists, giving life to to the People’s Republic of Mongolia in 1921.

At the Natural History Museum is possible to see the dinosaurs and fossils found mainly in the Gobi Desert.

Go out from the center, various people stop me amazed by the presence of a traveler in Ulaan Baatar.
Not many foreigners go around here and everyone wants to talk to me.
It seems to be in an ancient oriental country of the 1200s where most of the population has only seen, perhaps, the “western consumer goods” in the malls of the center and for this it is satisfied with the little that it has and is happy.

I think the true Mongolia is far from Ulaan Baatar.
Walking for about 3 hours along the dirt roads that pass, without signs, among the green and uninhabited hills, you come to the Guun Galuut nature reserve.

The landscape in the middle of the hills is incredible: the river crosses the green steppe and two beautiful structures are surrounded by about twenty ger.
It could practically be considered a Mongolian style hotel.

The days pass in total tranquility, possibly interrupted by the activities that can be done in the area (walks, kayaking on the river, fishing, horse riding …)

It is difficult to describe the sensation of seeing the green steppe, the mountains on the horizon, blue sky, no noise and perhaps a ger in all that territory.

A few kilometers from Ulaan Baatar, in the infinity of the steppe, a real cathedral in the desert suddenly appears: the imposing monument to the national hero Genghis Khan.

Few people know that in just over 25 years, with an army of only 100,000 men, he created the largest empire in human history: a empire that extended for 31 million square kilometers, from the Balkans to the Pacific and from India to Siberia.

Planning, organization, revenge and ferocity were his invincible weapons.

According to one estimate Genghis Khan was responsible for the death of 37.5 million people.
At the same time, according to a 2003 genetic study, he and his male relatives had so many children that 16 million men currently living in the former Mongol kingdom (about 0.5% of the world’s male population) are descendants of Genghis Khan the conqueror of the world.

The Gobi was my first encounter with the desert. An encounter perhaps hard and difficult, with sand, dust and earth entering the train’s cracks making the air almost unbreathable. But this is what I expected from the desert.

It is fascinating to be here, seeing what one has only studied in geography books.
The Gobi Desert is characterized by a strong temperature range. It goes from -40 ° C in January to 45 ° C in July.

The flora is almost totally absent, while among the animals that live there are the camels, the gazelles, the wolf and the desert cat.

The Gobi Desert is an infinite source of joy for paleontologists. Here in fact erosion brings to light skeletons in perfect condition of dinosaurs and mammals that lived up to 80 million years ago. The violent storms are supposed to have buried the animals in a few moments, preserving their remains for millions of years.