Often many people talk badly
about
“animal tourism”.
Coming here to swim with whales
also means helping local communities
not to surrender to hunters.
And the whales continue to live. 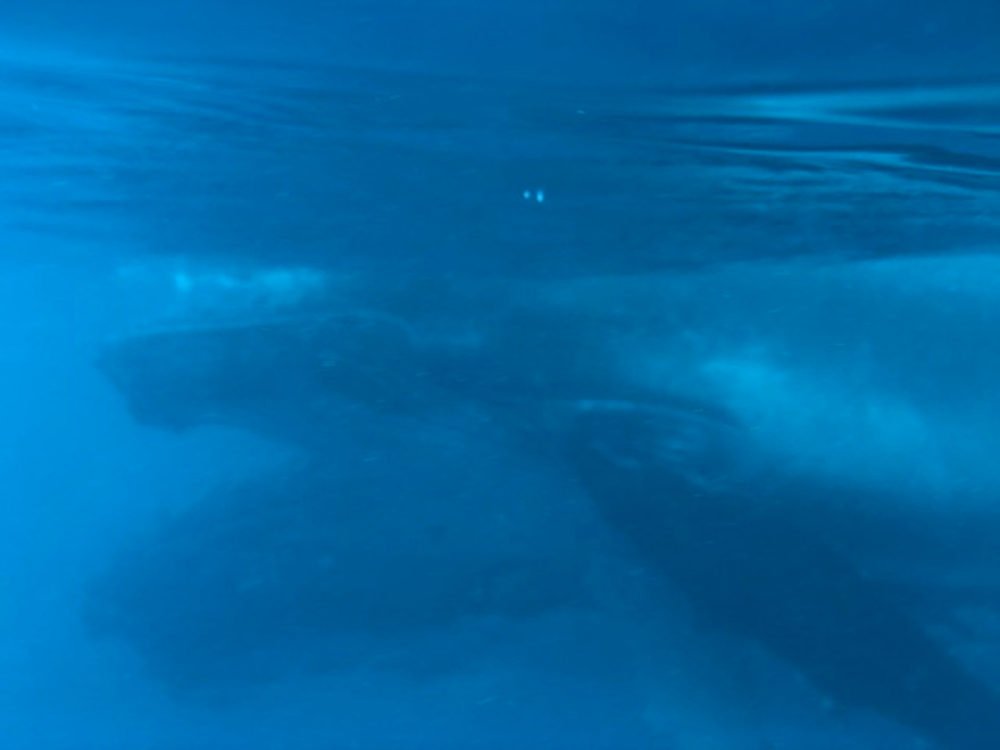 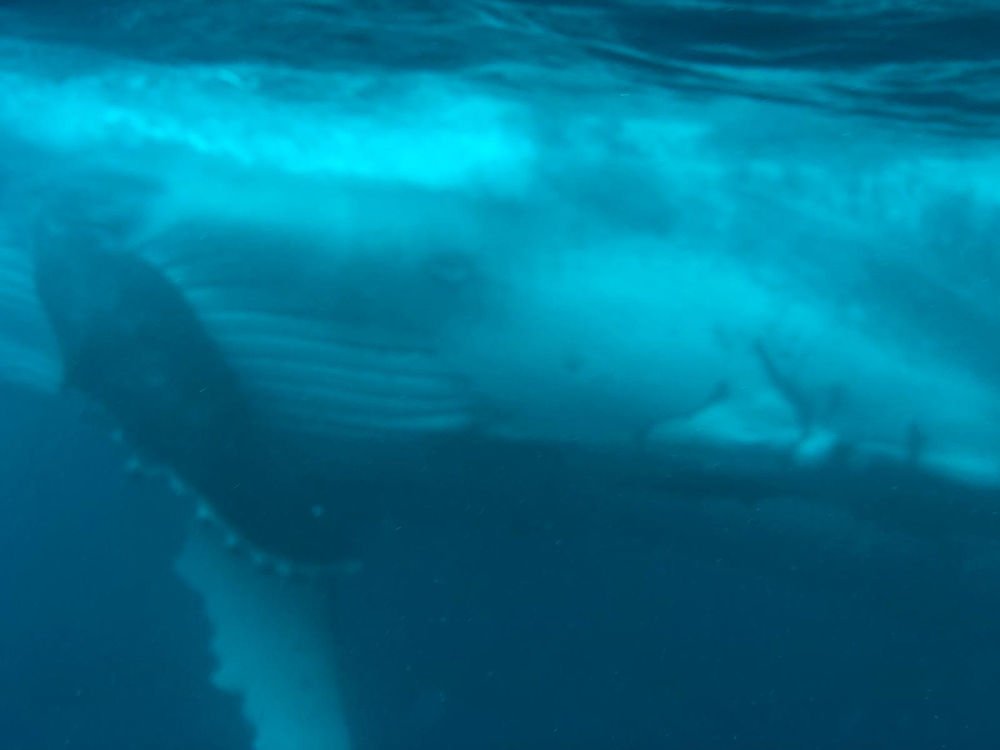 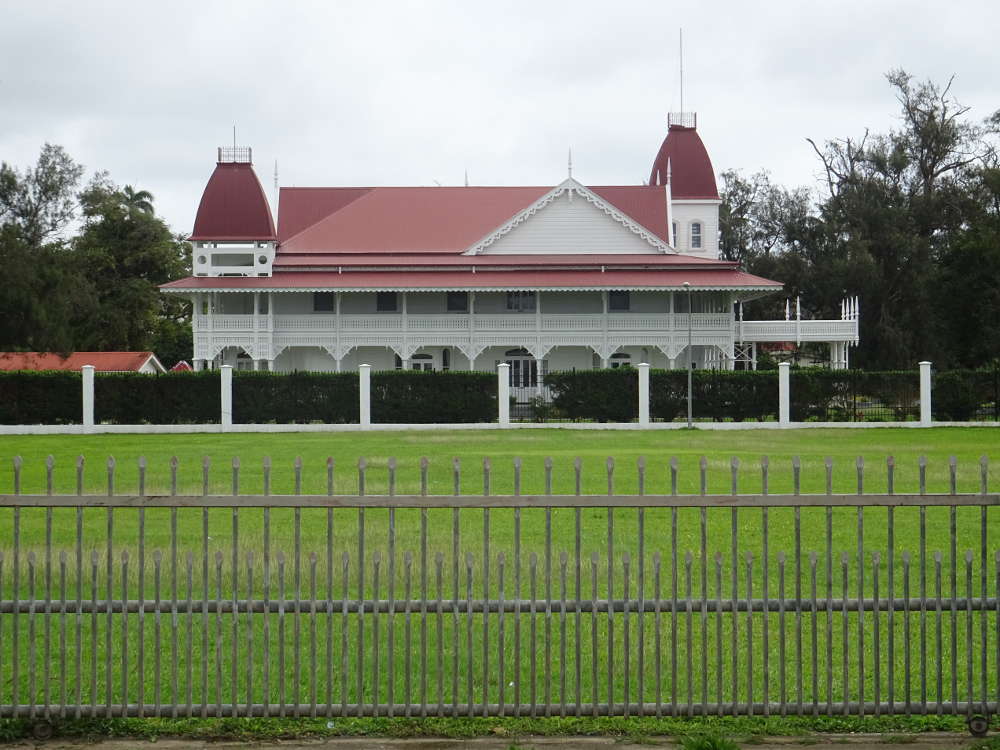 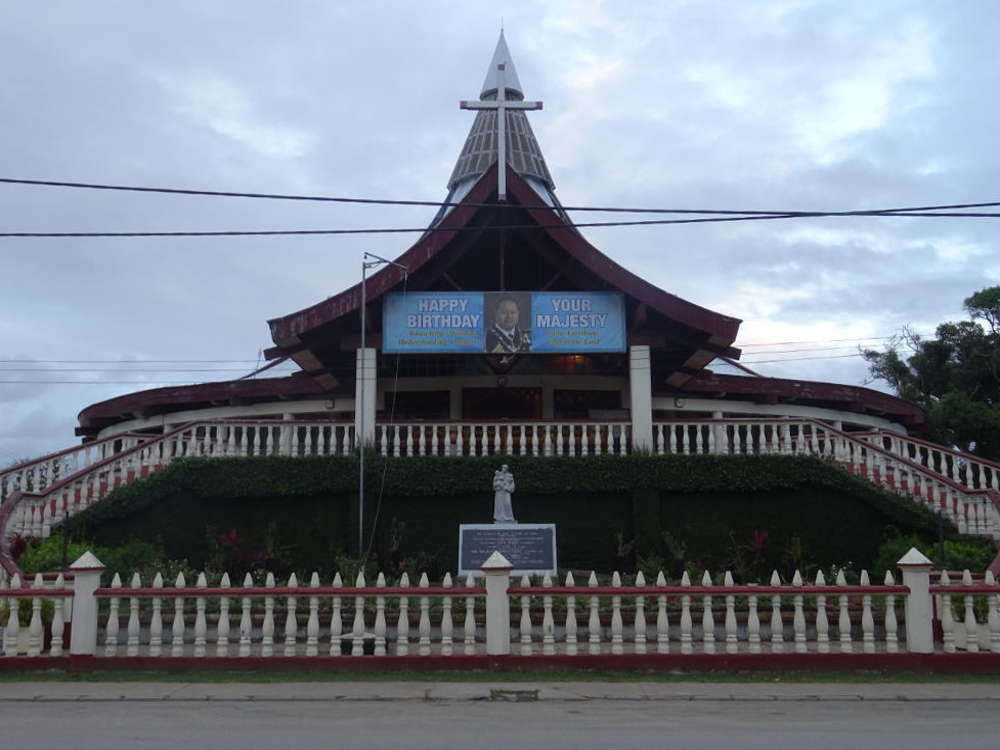 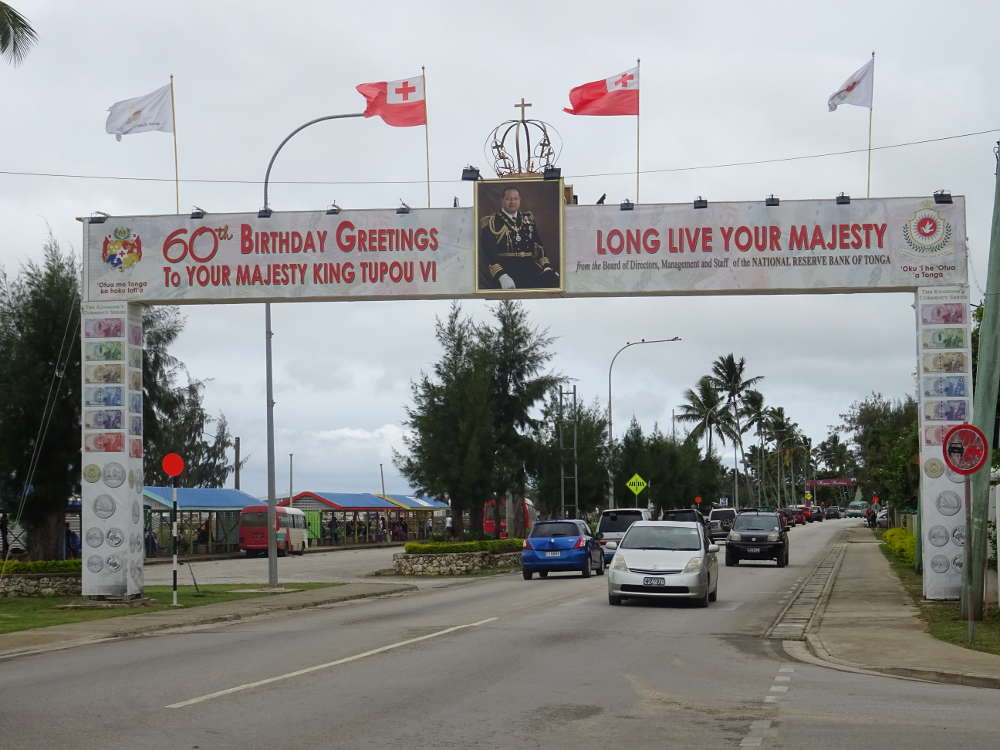 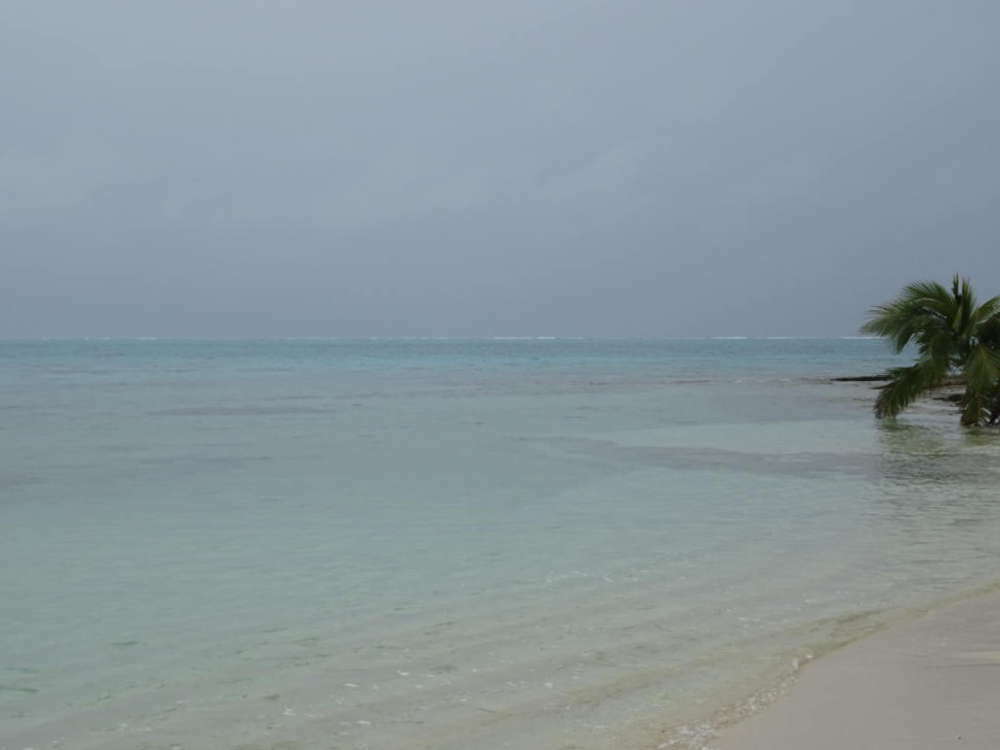 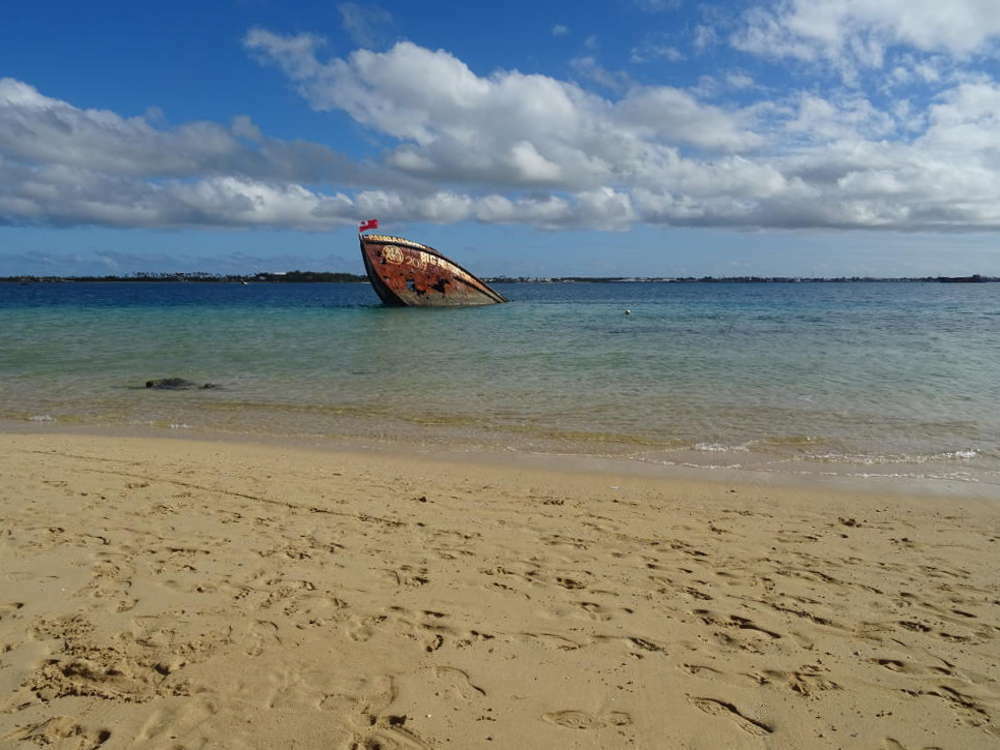 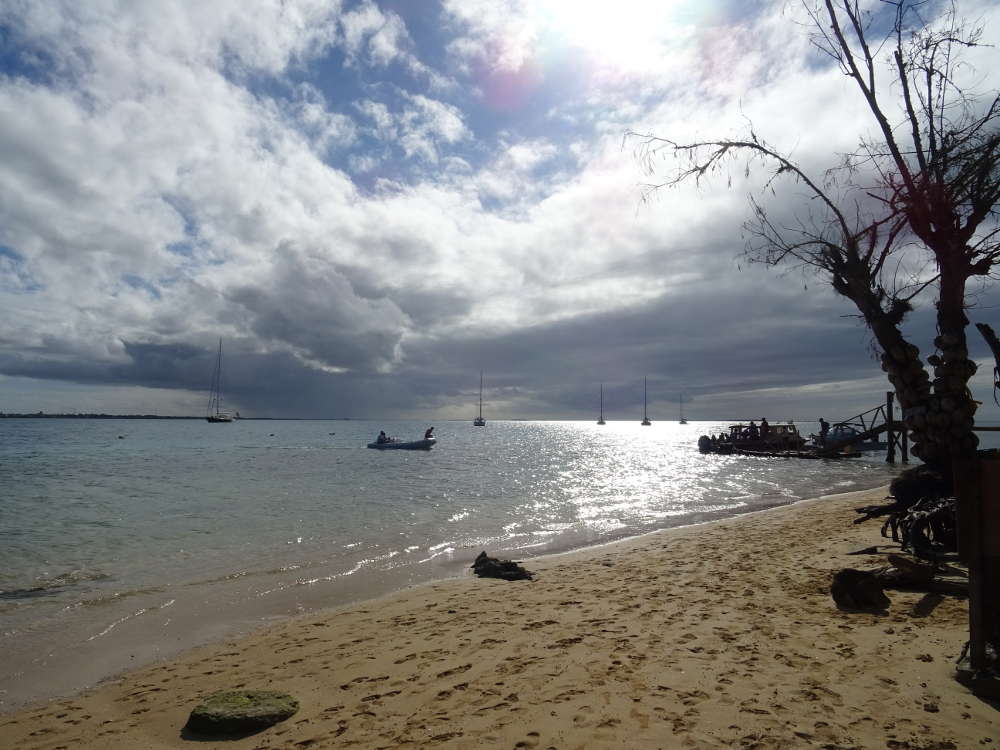 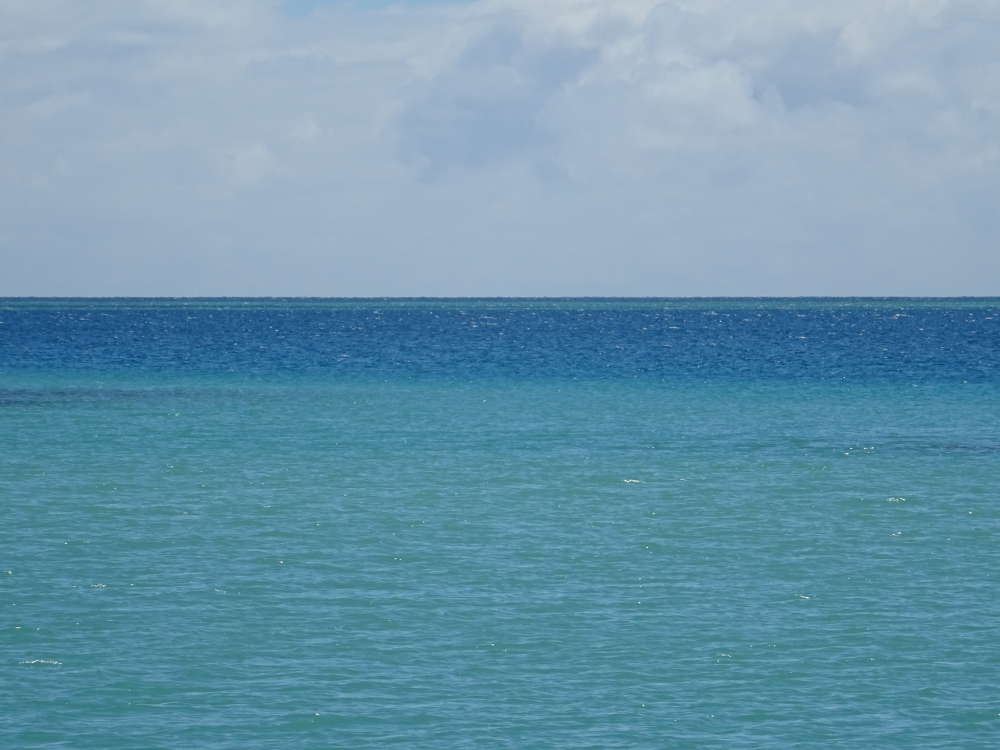 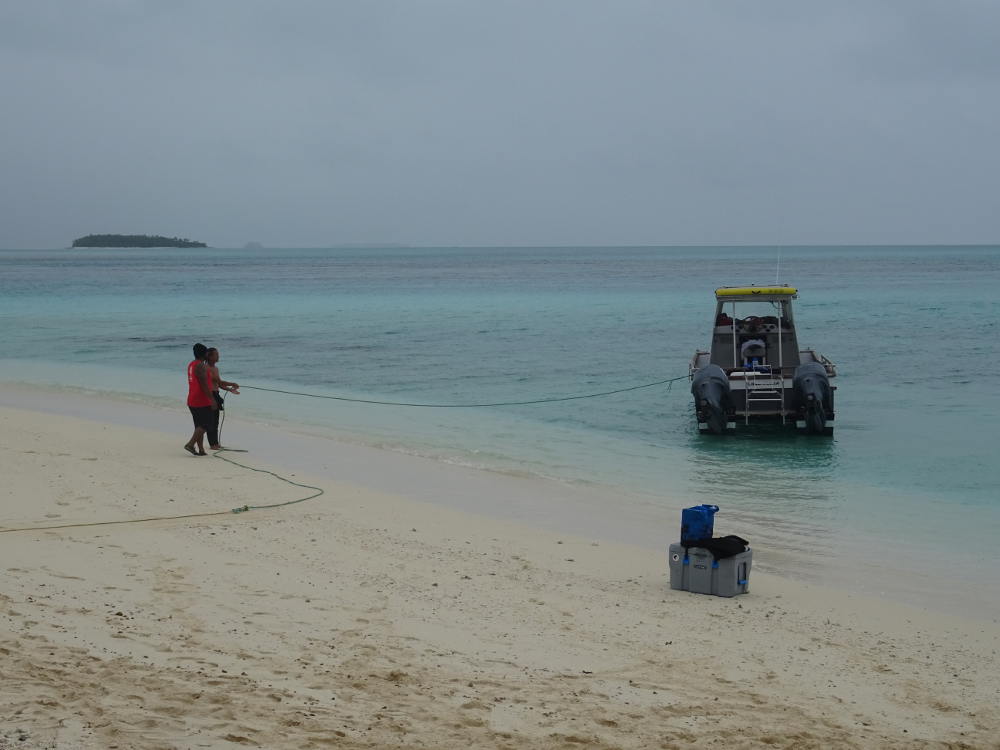 
This website has a very strong link with Oceania.
It happened to me so many times to quickly rotate the globe and then stop it with a finger.
For some strange reason (perhaps simply by statistics, since the blue planet is covered for about 70% by water) often the finger ends up in the middle of the Atlantic Ocean or the Pacific Ocean.
Looking better, it can happen to “touch the ground” of a small island/atollo of which you do not even know the existence.

So I decided to go to some countries in Oceania.

The most difficult part of organizing a trip to this part of the world, especially for those with little time and lots of curiosity, is to choose where to go.
There are in fact hundreds of islands that make up the 25 or so nations that can be visited in this area, occupying almost a third of the earth’s surface.

I wrote the list of all the nations first and I inquired about the reasons why I should go. I assigned preferences and started to reduce the list to almost a third.
Then I started to look for all possible flight routes.

The Kingdom of Tonga became a definite destination as soon as I discovered that it’s one of the very few places in the world where you can swim with whales.

The last kingdom of Polynesia, the smallest in the world, is an archipelago of about 170 islands (some emerge as a result of submarine eruptions, others are submerged by the ocean) almost halfway between New Zealand and Hawaii, where just 100,000 people live.

My trip to Oceania also took me to Fiji, Vanuatu, Tuvalu, Cook Islands and New Zealand.

HOW TO GET TO TONGA

There are daily connections to Fiji (Nadi and Suva with Fiji Airways) and New Zealand (Auckland with Air New Zealand).
The local airline Real Tonga connects the islands of the Kingdom with the Fiji Islands.
However, there are often flight delays or significant schedule changes, even a few hours before departure.

There are no public buses connecting the airport with the city, but hotels and hostels use reserved or shared taxis.
According to Tongan law, the airport is closed on Sundays..

The central bus station is located on Vuna Road.
Services are operated by private companies but rates are imposed by the government.
Drivers decide timetables and stops are sometimes “on call”.
This means that you phone the driver and ask him what time the bus will arrive…

There are no railways or trams in Tonga.

The port of Nukuʻalofa is the only deep-water port on the island.
Dock number 42 is used by fishermen and ferries between islands.
There are usually two daily connections to Eua and two a week to Haʻapai and Vavaʻu.
Some private boat owners provide services to smaller islands such as Nomuka and Eueiki.

WHAT TO DO IN TONGA


From approximately July to October, humpback whales leave Antarctica and migrate to the peaceful waters of Tonga to breed, have their babies, wean them and then quietly leave to the South Pole.

During these months in the archipelago you can enjoy the incredible experience of swimming with whales.

I have always disliked circuses, zoos and aquariums, but travelling has increased my desire to see free animals in their habitat.
Swimming with whales is probably part of what is incorrectly called “animal tourism“.
I’ve researched how ethical this activity is: the opinions about it are obviously opposite and conflicting but in my opinion the positive aspects for the whales are greater than the damage that could be caused.

You have to think that the foreigners who come here for “extreme whale whatching“, guarantee the necessary amount of money for many Tongans.
The local community lives thanks to the whales and has every reason to continue with every decision to allow humpback whales to frequent these seas.

The alternative for them would be to surrender to pressure from the many whalers who pay better.
Commercial hunting of whales is banned in most countries, but others continue undisturbed, putting them at risk.
These countries, led by Japan, are constantly asking Tonga and other Pacific islands to allow them to hunt whales in their waters.

If the whales became extinct (or chose calmer waters for their survival) Tonga’s economy would lose both tourism and hunter support.

Tonga has become a destination for my trip to Oceania specifically to realise my dream of whale watching up close.
Since this is the motivation that attracts most foreign travellers and tourists here, all hotels and hostels (but also some bars and restaurants) have special tours.

My advice is to go directly to the port and talk to the various boats.
The prices are about the same (from € 200.00 upwards), and so are the duration of the excursion (from early morning to the afternoon) and the lunch included.
The most important aspect to consider, however, is the size of the boat.

The rules are in fact very strict and inflexible: only one boat at a time, the one that sees them first, can approach the whales, with the engines turned to minimum and stopping at a distance of at least 300 metres.
No more than 4 people can enter the water and swim quickly to get to them but always staying a few metres away.
If curiosity, especially of the puppy, makes them get too close, you must move back. Unfortunately, it’s always better that it doesn’t get used to the presence of humans and never trusts him.

To enjoy this unforgettable experience, it is very important to get on a small boat and not a big one.

If you choose a boat for 20 people or more, you will certainly save some money, but you may not swim with the whales.
If you enter the water first, you are almost certain to get close to the whales but, at the same time, you can’t stay long to give way to the other people on board.
If, however, you are among the last in line, there is a great risk that the whales will leave before you have dived in.

That’s why I was happy with the choice I made with Taufatahi Charters.
The 8-passenger boat (but that day we were only 5) allowed me to stay in the water for almost an hour, about 3 metres away from the whales.
Seeing them up close and hearing the whales sing was a wonderful experience, even though I didn’t see them jump.
Well, when I was in the water I saw one coming fast from the deep, probably the male, but I had to focus on moving out of the way to save myself from being swept away rather than standing still and admiring his jump!

The dusty capital of the Kingdom of Tonga, which translates as ‘house of love’ in the local language, is located in the northern part of the island of Tongatapu.
British Captain James Cook arrived here on 10 June 1777.

On the waterfront there is the Royal Palace, built in the Victorian style in New Zealand and then brought to the island in 1867.
Nearby is Pangao Si’i Park, which contains the tombs of all Tongan royals and their relatives.
Both places are inaccessible to the visitors but visible from the road.

In the 19th century, thanks to the support of King Tupou, Nuku’alofa became the main centre of Christianity in Tonga.
Today 99% of Tongans are Christians, some of whom, like the king, follow the Methodist Church.
The Basilica of St. Anthony of Padua and the Methodist Centennial Church are the symbols of the Tongan religion.
In the last of these churches it is often possible to meet the monarchs during Sunday functions.


Sunday is the God’s day, it is for resting and praying, so everything is closed except the churches.
And I mean everything: bars, restaurants, banks, hotel receptions, taxis, museums, whale swimming tours and even the airport.
The only thing I could find was a boat that took me to a nearby atoll.