Who doesn’t believe in
climate change
should come to Tuvalu.
Before Tuvalu will be under water. 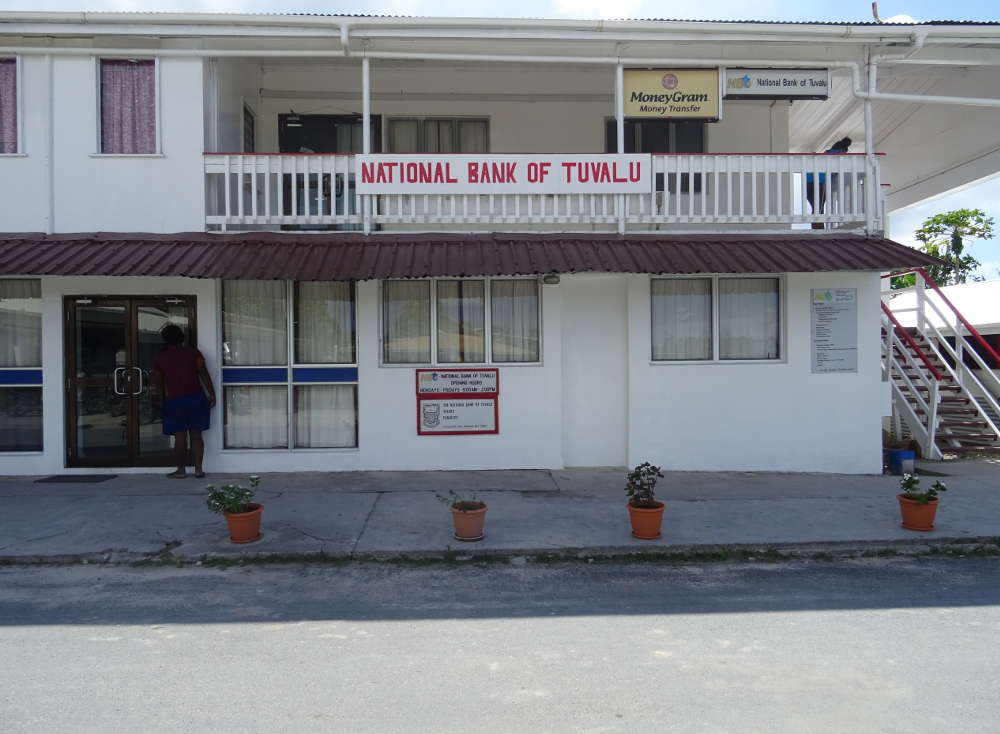 
This website has a very strong link with Oceania.
It happened to me so many times to quickly rotate the globe and then stop it with a finger.
For some strange reason (perhaps simply by statistics, since the blue planet is covered for about 70% by water) often the finger ends up in the middle of the Atlantic Ocean or the Pacific Ocean.
Looking better, it can happen to “touch the ground” of a small island/atollo of which you do not even know the existence.

So I decided to go to some countries in Oceania.

The most difficult part of organizing a trip to this part of the world, especially for those with little time and lots of curiosity, is to choose where to go.
There are in fact hundreds of islands that make up the 25 or so nations that can be visited in this area, occupying almost a third of the earth’s surface.

I wrote the list of all the nations first and I inquired about the reasons why I should go. I assigned preferences and started to reduce the list to almost a third.
Then I started to look for all possible flight routes.

Climate change is often associated with a few more degrees, more rain and less regular seasons.
In some parts of the world, climate change is heavily impacting the lives of the inhabitants.
I think, for example, about Antarctica, Patagonia and Tierra del Fuego, where I have seen glaciers that have receded hundreds of metres compared to a few years ago.
I think about Svalbard and the Arctic territoriers, where it was a mirage to find a polar bear, pushed to Russia by the lack of frozer territory to hunt.

Tuvalu is considered to be the first nation to disappear because of rising oceans.
That’s why I decided to go, before it becomes impossible in a few years.

Funafuti is an atoll and the capital of Tuvalu.
Its about 6,000 inhabitants live on a strip of land between 20 and 400 metres wide surrounding a 275 km² lagoon.
Outside, the Pacific Ocean threatens the existence of the atoll and the 33 neighbouring islets.

My trip to Oceania also took me to Fiji, Vanuatu, Tonga, Cook Islands and New Zealand.

HOW TO GET TO TUVALU

Which is the most beautiful airport in the world?
Definitely Funafuti International Airport, the atoll and capital of Tuvalu.
Its code is in fact FUN.
It’s connected with Fiji Islands (Fiji Airways flights from Suva 3 times a week) and with Kiribati (one weekly Air Kiribati flight from Tarawa).

The trip to Tuvalu starts when you see the atoll from the plane.
It looks like a mirage, squeezed between the endless ocean and the lagoon in the middle.

On my trip to Oceania I was in business class for the first time.
I had obviously booked the cheapest ticket, but about 5 days before departure I received an email from the airline inviting me to make an offer to change from Economy to Business.
With any hope, I offered € 30,00.
After a while they accepted my offer.
For me, used to low-cost travel with only hand luggage, it was an incredible experience, a new world.
Before departure, reserved check-in lane, baggage check and priority access on the plane.
At the airport, reserved entrance to the lounge: huge sofas, TVs, food and drinks buffet.
Inside the plane, luggage taken by the stewardess, tablet available, welcome drink, menu to choose from.
And finally, on arrival, luggage delivered first.
But after these flights, it’ s much more difficult to come back to Economy…

WHAT TO DO IN TUVALU

Considered as a capital city and not as an atoll, Funafuti can obviously be visited in a very short time.

The first stop on arrival will certainly be the bank, because everything is paid in cash and there are not ATMs.
The Tuvaluan dollar is not an independent currency but a variation of the Australian dollar.
Tuvalu has been issuing coins since 1976, while the banknotes in circulation are Australian banknotes.


As I have already mentioned, coming to Tuvalu means arriving at the fun airport, which is located at an altitude of only 3 metres above sea level.
But because the very small size of the atoll, the airport runway is also a city street.

Daily activities are in fact interrupted for the time needed for the plane to take off or land, which only happens in the morning because the runway is not illuminated and the radio and navigation equipments are minimal.
Immediately afterwards, the runway is filled with children playing football, scooters running, old people walking…
And of course the few travellers who have arrived here enjoy taking photos.

I had a similar situation in Berlin, but Tempelhof Airport is closed, transformed into the largest park in the German capital.
Funafuti is instead the international airport of Tuvalu.

Tuvalu looks like a strip of land separating the Pacific Ocean from Te Namo Lagoon.


At low tide in the morning, much of the lagoon is a huge expanse of rocks and coral.
Wear shoes even in the water, otherwise every step will be difficult and painful.

It is impressive when the ocean shows even a fraction of its strength.
The waves come in high and strong, occupy whatever they want and overflow the lagoon.
Where until a few moments ago you could walk, now you can swim in a depth of a few metres (in some parts the lagoon exceeds 30 metres).

The Funafuti Marine Conservation Area was established on June 1996.
Its 33 km² includes 6 motu (the islets Tepuka Vilivili, Fualopa, Fuafatu, Vasafua, Fuakea, Tefalail), 20% of the Funafuti Reef, the lagoon and the ocean.
The protected area is essential for the conservation of marine and terrestrial biodiversity and for the protection of the ecosystem.

After booking the planes, I really thought for a long time that I would have to sleep in the street (or on the airport runway).
In fact, I didn’t find accommodation and also the Tuvalu Ministry of Tourism, contacted by email, advised me to postpone my trip.

In the days that I had unwittingly chosen, the Pacific Islands Meeting was to be held in Funafuti (I write about it at the end of this article) and all hotels were therefore reserved for world delegations.

After several weeks of emails and requests, I found a bed at Afelita’s Island Resort.
Obviously it’s not a luxury resort (even if the prices are not cheap), but it’s a house on a small island reachable by sailing a few minutes in the Te Namo Lagoon.
I relaxed a lot, also if I’d like to spend more time on the bigger island.

The Funafuti Lagoon Hotel, also known as Vaiaku Langi or Vaiaku Lagi Hotel, is the only hotel in Tuvalu. It’s a state-owned hotel but was built in 1993 with Chinese financial support.

There are also many small lodge, like b&b.
If you don’t find available accommodation online, simply contact the full lodges or the Tuvalu Ministry of Tourism.
Because of the low number of tourists, they will be happy to help you.


Those who don’t believe in climate change should come here and understand why Tuvalu is considered the first of the nations that will disappear due to rising oceans.


My trip to Tuvalu coincided with the Pacific Islands Forum, which was also attended by other international partners.
The main topic was obviously to find solutions to fight climate change and to give a future to the nations and atolls that risk survival.
Or at least so it should have been.

On the flight from Fiji to Funafuti I was in fact sitting close to the European Union delegate at the meeting.
I had the opportunity to read a preview of the conference speech he was going to make, and I felt disgusted.
There was no reference to climate change, historical analysis or future policies about.
He focused exclusively on the geopolitical relationships that the EU required from small Pacific nations. These should have guaranteed a definitive break with China and its economic and technological support (especially linked to 5G), turning decisively to European assistance.
Only secondary links with the United States and Australia would have been allowed.
I sincerely hope the islands have sent these insanities back to sender.

If these are the only European environmental policies, it’s easy to see why everything is going as we know it.

I don’t know how many more years Tuvalu will live, but I hope that you will be able to know it too.